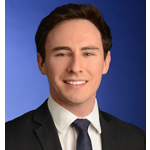 James is the Chairman of Kickstart in Australia and the UK, one of the co-founders of Familia Moja Children’s Centre and a trustee of Nanga Organisation (our Kenyan NGO partner). Outside of Kickstart, James has worked full time for the past eight years at KPMG and is currently the firm’s East Africa Market Lead for the infrastructure sector, based in Kenya. James is a Chartered Accountant and holds a Bachelor of Business. James has been awarded an Australian Leadership Award for his work with Kickstart. 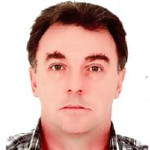 Mark is a trustee of Kickstart Kids International (UK operations) with 26 years experience in the not for profit sector in Europe, North America and Africa. He has been working in the UK charity sector since 1995 and is well known for his work in re-engineering charity finances and business operations. He is also an advisor to a number of international charities operating around the world and in Africa. 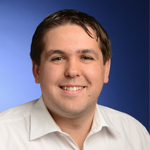 David is a trustee of Kickstart Kinds International (UK). David has been the treasurer of Kickstart’s UK operations since September 2012 and has worked with the UK board to get tax deductibility for Kickstart in multiple European countries. David is a Chartered Accountant and is a Manager in KPMG’s Global Infrastructure practice. For the past 4 years David has been based in London.

If you have any questions on donating through our European platforms, please contact David at david.allen@kickstartkidsinternational.com 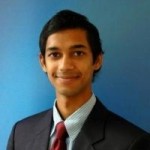 Siddharth Ghosh (Sid) has been a Director of Kickstart Kids international since 2011. In 2014, Sid transferred from the Australian Board across to the the Board of Directors in the UK, where he is now based.

Sid is currently undertaking a MBA at the London Business School. Prior to this he worked as a Strategy Management Consultant with A.T.Kearney. Before this, Sid worked as a consultant at Social Venture Australia, where he developed a specialisation in Strategy and Measurement and Evaluation (e.g. SROI) for purpose-focused organisations. Previous to this, Sid provided Operational Consulting advisory services while working for KPMG’s Management Consulting group. While at KPMG, Sid also took a role with the national Corporate Citizenship team.

Outside of work, Sid is a founding Director of a Philanthropic Fund and has volunteered his time in Bolivia, Thailand, India and Australia. Sid holds a Bachelor of Aerospace Engineering.

Vanessa is a trustee of Kickstart Kinds International. Vanessa joined Kickstart in 2010 upon returning to Australia from China where she volunteered as an English teacher in Zhangzhou, Fujian. Vanessa is responsible for marketing, brand and sponsorship initiatives. Vanessa is Marketing Manager for Europe at Duff & Phelps in London and holds a Bachelor of Arts in Communication (Public Communication) from the University of Technology, Sydney.