Kickstart Kids International has worked on three major projects in Kenya, each with a focus on development. In everything that we do, our primary goal is empowerment – to provide support to local communities that will help them to help themselves. Accordingly, Kickstart works in partnership with Nanga Organisation, a local Kenyan non-profit, non-governmental organisation (NGO). Kickstart provides Nanga with both financial and non-financial assistance, including fundraising, project management, technical expertise and governance support.
Like Kickstart Kids International, each member of Nanga’s governing board of trustees is passionate about Nanga’s development work and bring practical not for profit and commercial experience. Nanga is registered with the Kenyan NGO Coordination Board and is independently audited on an annual basis.

David is the Chairman of Kickstart’s partner organisation in Kenya, Nanga Organisation. David has held this position since inception in 2009 and has been supporting Kickstart since 2008 across our major projects at Familia Moja Children’s Centre, Mang’u Primary School and Olturoto Children’s Village. David is a Risk Consulting partner at KPMG in Kenya.

James is the Chairman of Kickstart in Australia and the UK, one of the co-founders of Familia Moja Children’s Centre and a trustee of Nanga Organisation (our Kenyan NGO partner). Outside of Kickstart, James has worked full time for the past 13 years at KPMG and is currently the firm’s East Africa Market Lead for the infrastructure sector, based in Kenya. James is a Chartered Accountant and holds a Bachelor of Business. James has been awarded an Australian Leadership Award for his work with Kickstart. 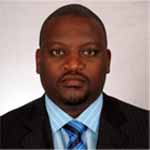 Solomon has been intimately involved with Kickstart since 2008 when he initially advised on the establishment Nanga Organisation, Kickstart’s partner organisation in Kenya. Following this, Solomon joined the board of trustees as secretary and has subsequently managed the processes of purchasing land and commencing development at Olturoto Children’s Village. Solomon holds two Masters Degrees of Law and works as Sub-Saharan Area Manager specializing in Transfer Pricing and International Tax Law. 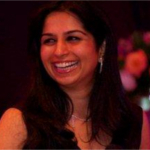 Anupa was born and raised in Kenya and is on the management team of Tile & Carpet in Kenya. Anupa previously worked at KPMG in the UK, is a Chartered Account and graduated from London School of Economics. Anupa has been a great supporter of Kickstart’s work in Kenya since 2011.

The day to day management of Nanga’s operations is coordinated in Kenya’s capital Nairobi by Victoria Kamau.

Victoria joined the team in 2013 and in her first six months was instrumental in preparing Nanga Organisation for the opening of Olturoto Children’s Village.

Victoria is now the General Manager of Nanga Organization, coordinating all aspects of Olturoto Children’s Village and responsible for reporting and direct liaison with the governance bodies of Nanga Organisation in Kenya and Kickstart Kids International in both Australia and the UK.

Dorcas is a child therapist consultant working with orphaned and vulnerable children at Olturoto Children’s Village since 2016, She is a fully accredited psychotherapist registered under Kenya counseling and psychological association.

Dorcas holds a Bachelor of psychology and a masters in child development with exceptional experience in child protection and counseling programs for over 7 years.

Nancy is a fundraising Coordinator for Kickstart Kids International.

Her role involves making grant application, corporate requests for funding and running fundraising events in favour of Olturoto Children’s Village.
Prior to joining the organization she worked with KPMG East Africa as Finance analyst at Deal advisory unit. Nancy holds a degree in Bachelor of Commerce- Finance option.